Interdisciplinary artist François Quévillon examines the interactions among environmental changes, societal issues and technological developments. In his practice, he explores the phenomena of the world and of perception by implementing processes sensitive to environmental fluctuations and human interference. His presentation will begin by an overview of works that address planetary disruptions as well as those affecting contemporary media, such as the relations between algorithms and photographic images (photogrammetry, computer vision and other forms of computational photography). After, he will talk about recent projects rooted in geology and the materiality of digital technologies. 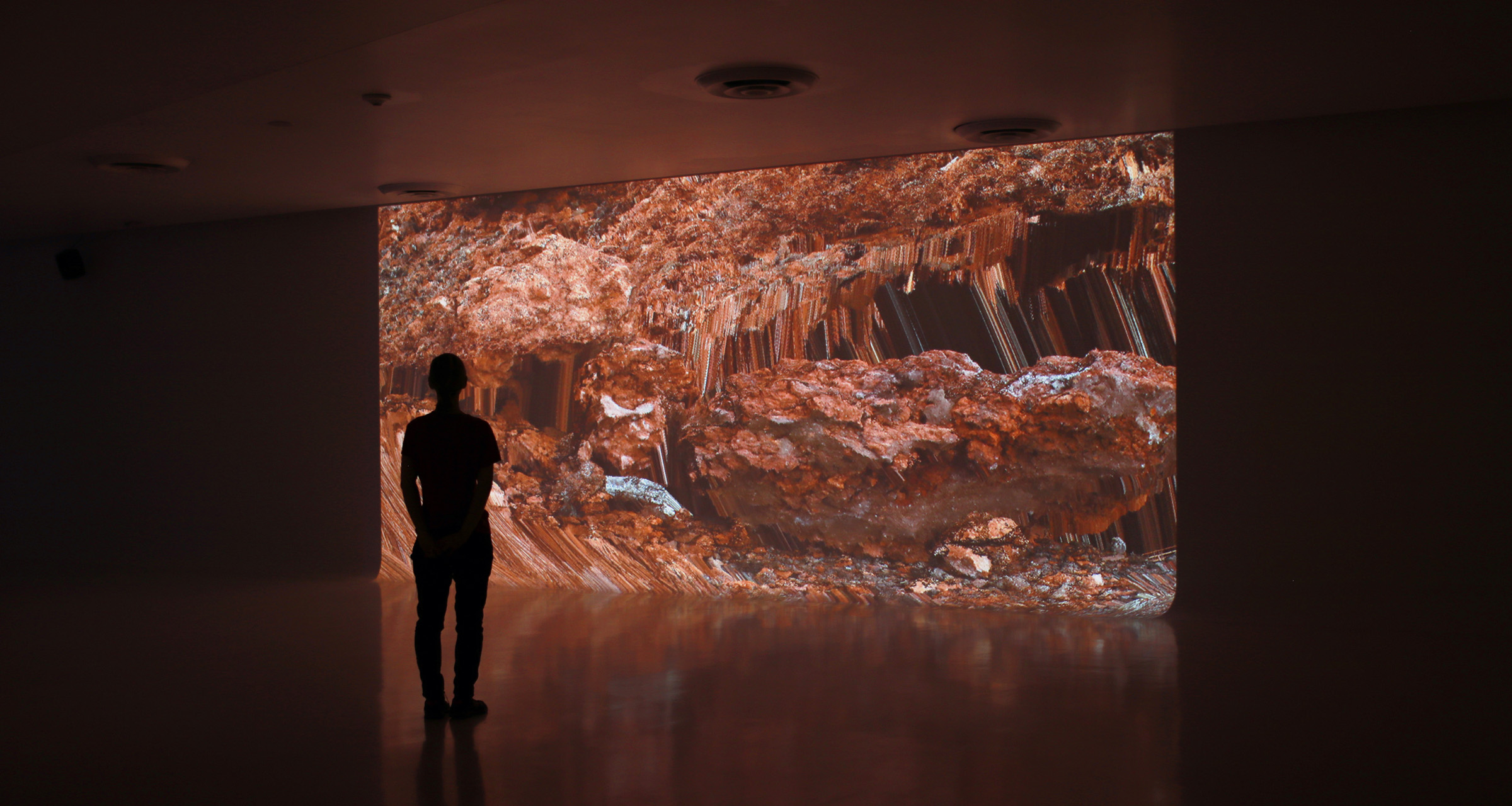 Pyroclastic Trails shows volcanic rocks rising from the ground that create trails of pixels. The layering of tezontle is generated by a software by modifying the size, speed, trajectory and selection of rocks from a database of photogrammetric 3D scans. Made in November 2019 in collaboration with UNAM’s Instituto de Geografía during a residency for Connecting the Dots, the work is related to research on the impact of mining activities in extinct volcanoes of Sierra de Santa Catarina located south of Mexico City. 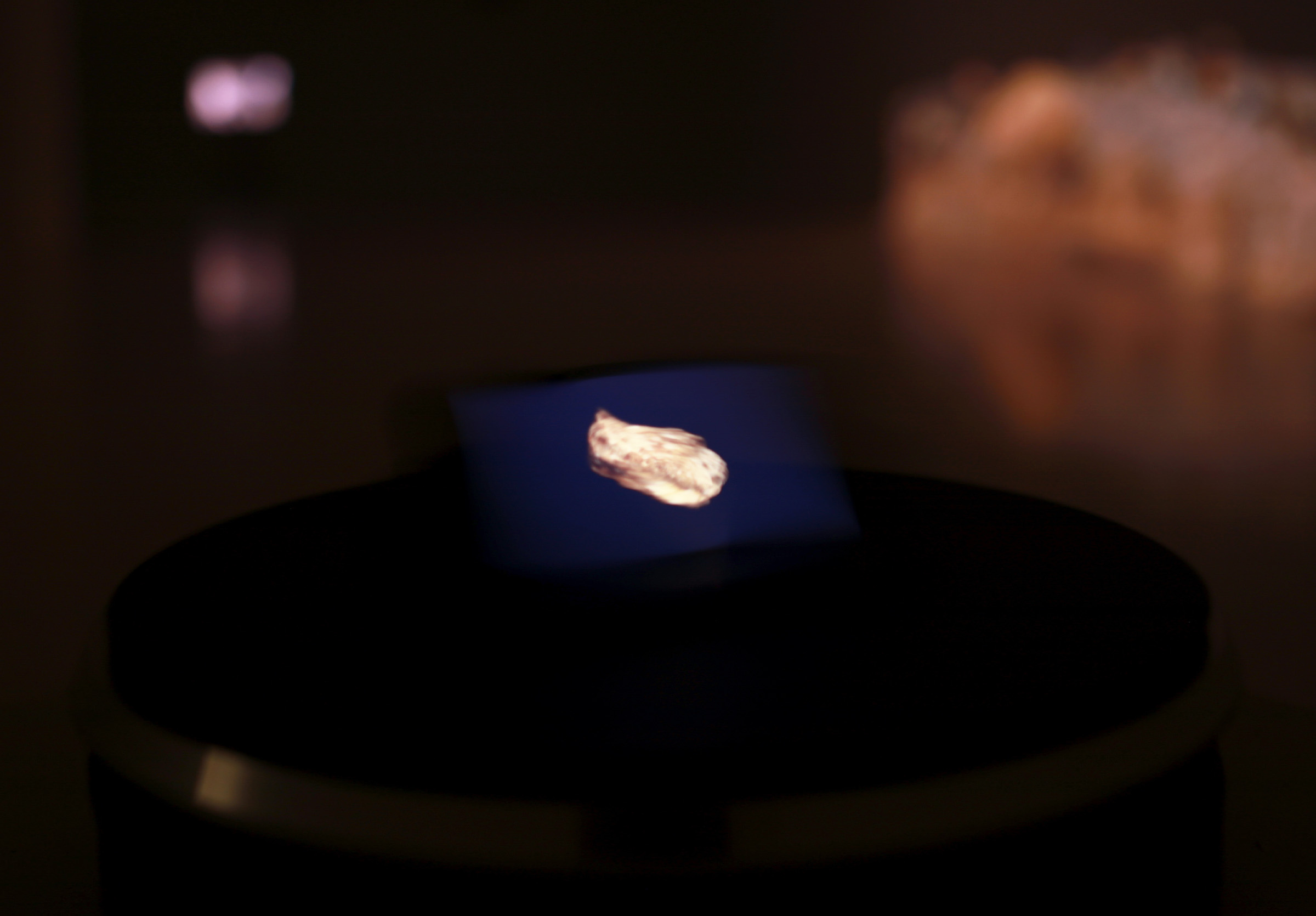 Orbiting Bauxite was made in part during a residency at Centre Bang in Saguenay–Lac-Saint-Jean where the aluminium industry is one of the region’s most important economic engines. The installation shows a rock that contains the main mineral that constitutes the phone on which it’s presented. Principal ore of aluminium, bauxite imported from around the world is transformed and exported as finished products while millions of tons of residue stay in the region. The audiovisual object changes according to the phone’s rotation speed. Clearly perceptible when spinning moderately, it becomes distorted at high speeds and recalls the red mud of residual matter when it’s still. 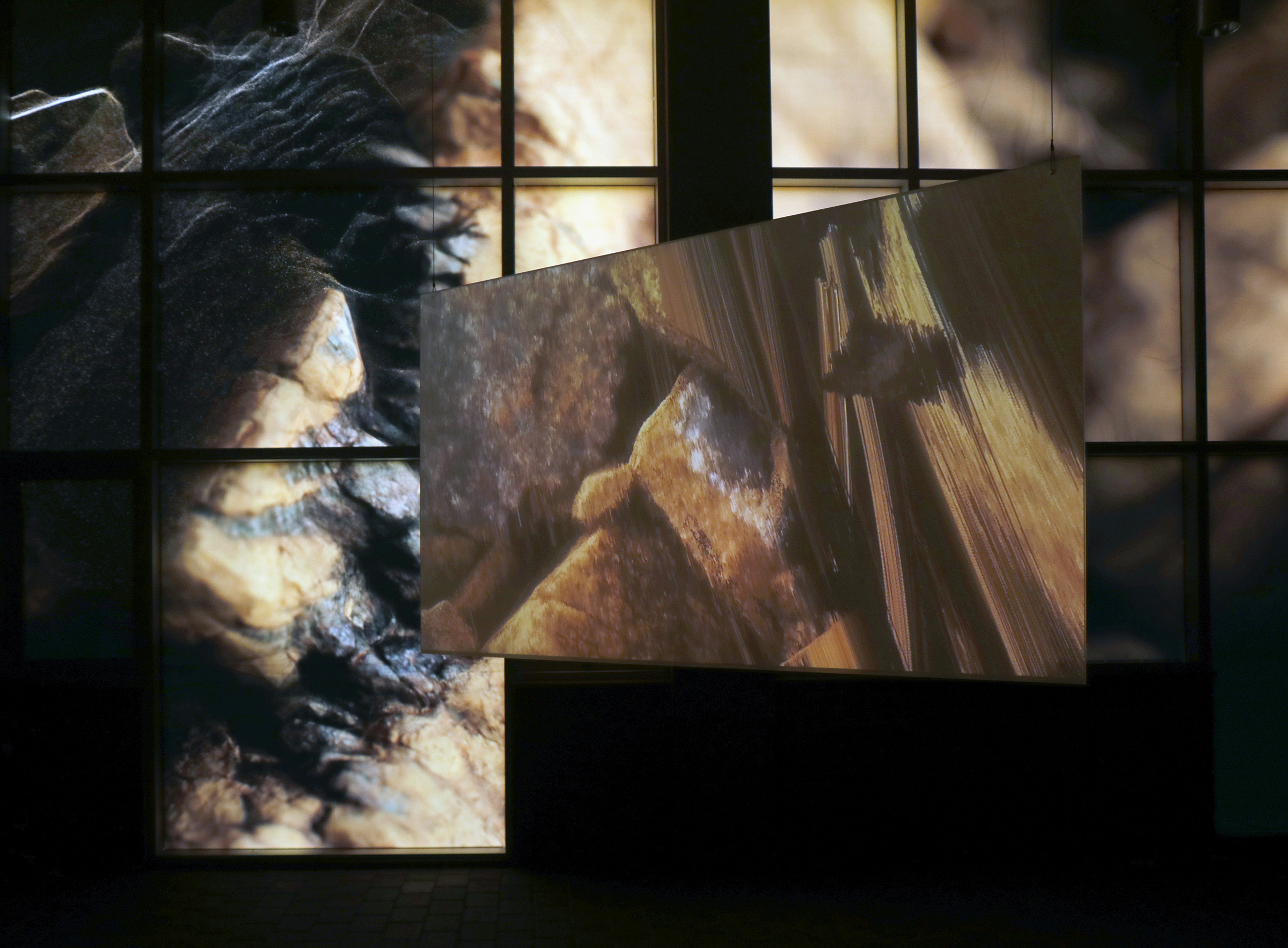 Météores is a body of works and a series of experiments inspired by the cosmos and geology that probes space-time and the complexity of matter, both physical and digital. Made of scans of rocks and geological formations that are atomized or turned upside down and inside out, the works recall the implications and effects on perception of some technologies (robotics, remote sensing, augmented and virtual reality, etc.) while it offers new perspectives on Earth’s substance, its evolution and the processes that act upon it, such as erosion and the extraction and transformation of minerals in the context of globalization. 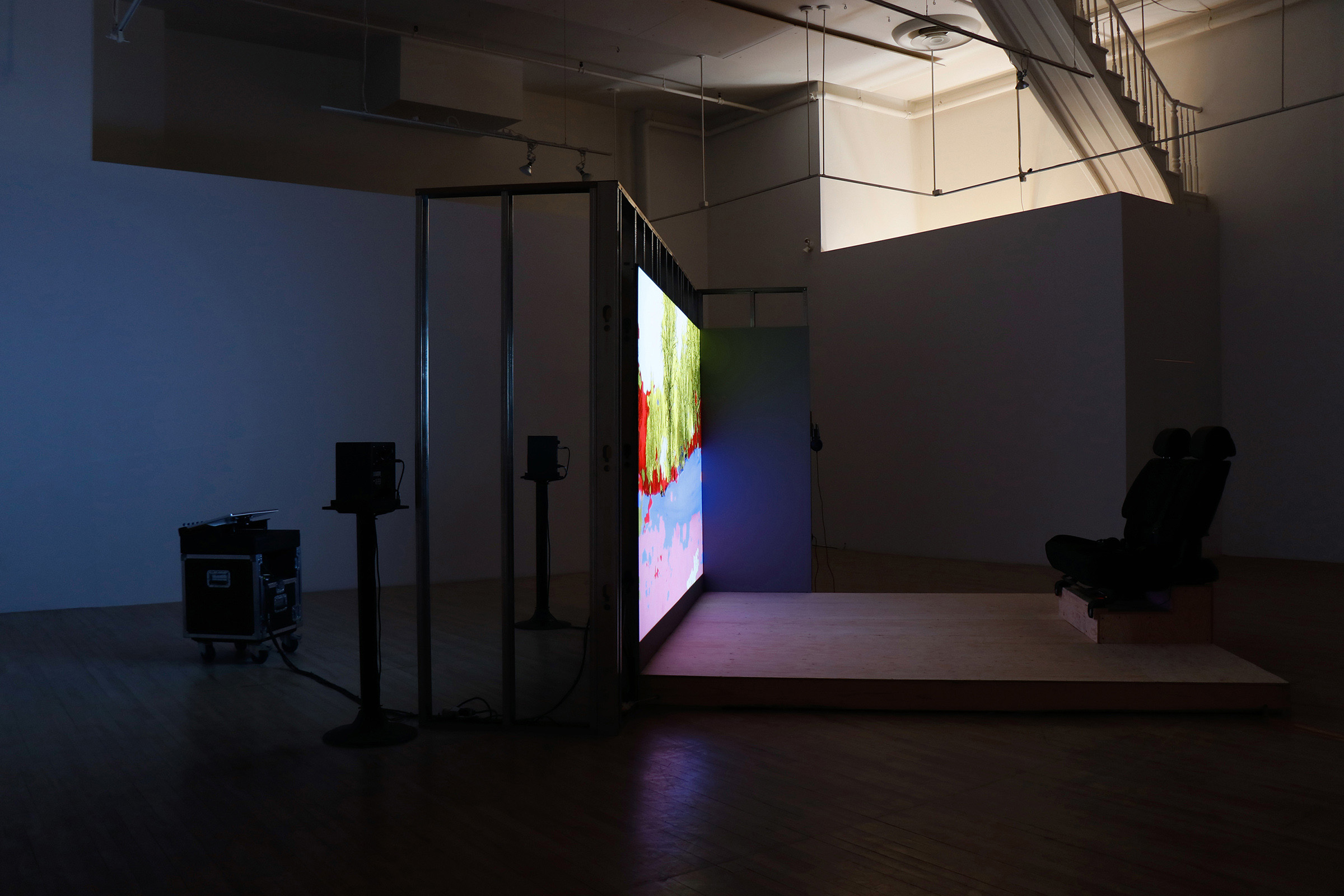 Algorithmic Drive is part of a body of works based on observing the development of driverless cars and dash cam compilations. It plays with the tension generated by confronting the programmed behaviors of mobile robotics with the unpredictable nature of the world. Other pieces of that body of works include Manœuvres, Driverless Car Afterlife, Mapping Machine Uncertainty and Rétroviseur. In Algorithmic Drive, videos and data of a car’s on-board computer (speed, engine RPM, stability, temperature, etc.) feed a sampling system that uses signal processing, data analysis and computer vision algorithms to sort the content statistically. The system assembles an endless video by modifying parameters related to sounds, images, the car’s activity and the environment in which it’s located. A custom-made controller displays data related to each scene and allows to interact with the system’s autopilot. 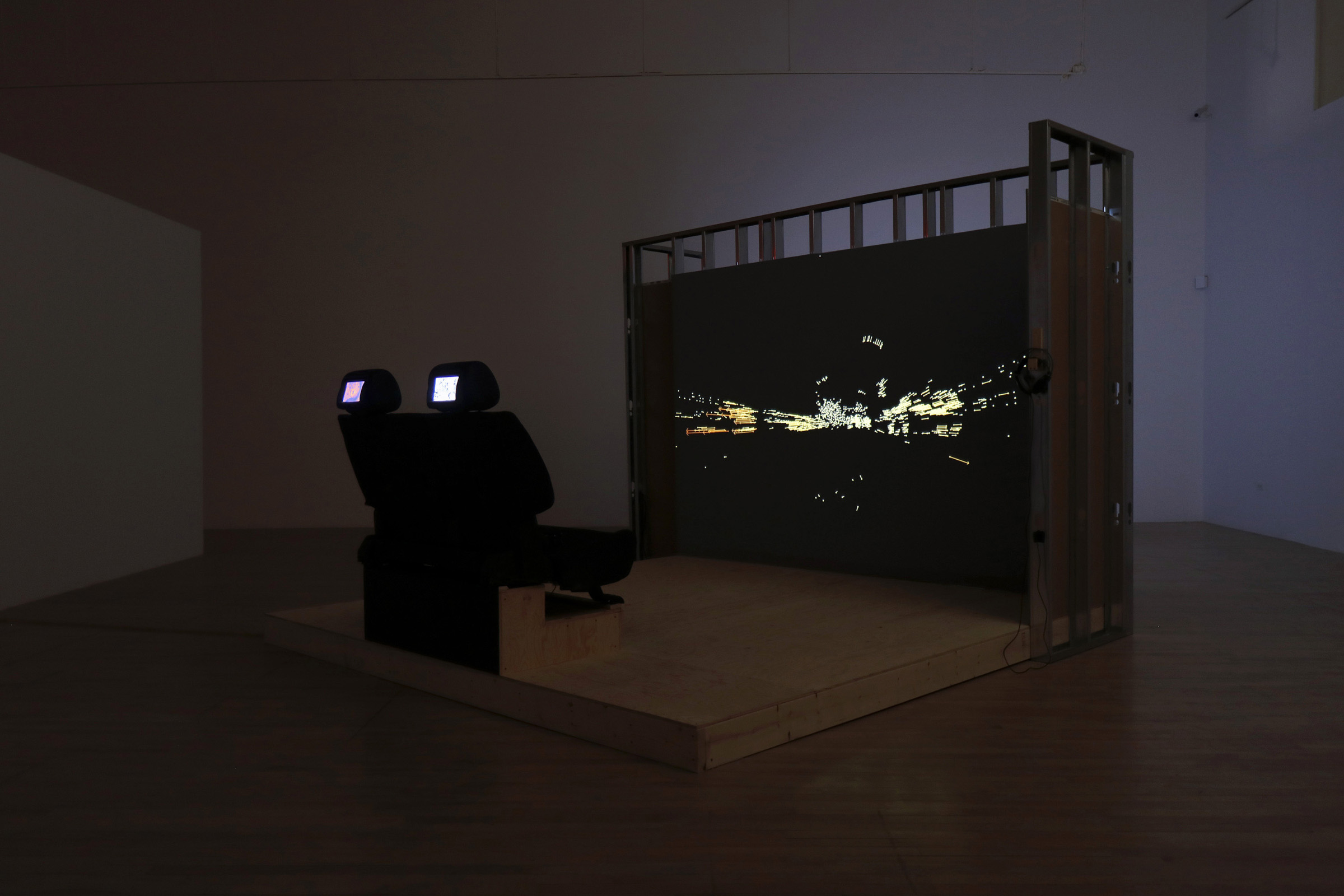 Manœuvres is a series of six videos that also explores this topic. Perception is blurred as the camera and its microphone are gradually obstructed by snow in Peripheral Vision. Iterative Roundabout shows a deep neural network training to decode its surroundings while driving around. During this repetitive learning process the environment slowly reveals itself as the computer vision system tries to identify correctly the road covered with snow. An object detection algorithm identifies and tracks insects in Bug Tracker. Lost in the Forest revisits a journey in a maze of muddy forest roads. In The Crossing, registration points and displacement vectors calculate the future position of objects while the vehicle crosses a bridge. The same optical flow technique gives the impression that the car is contemplating the waves breaking on the shore in Flow.

Made during a residency in Iceland in response to alerts about Bárðarbunga’s upcoming eruption, this procedural video installation examines the monitoring and transformation of volcanic areas. Waiting for Bárðarbunga consists of a database of hundreds of videos loops captured around the Vatnajökull glacier, under which the stratovolcano is located. They are presented according to a probabilistic system influenced by data coming from the sensors of the computer that runs the installation. The video has an unpredictable unfolding and its conclusion remains unknown as the system’s monitoring and the course of events it presents influence each other.

Dérive invites to explore 3D models of geographical locations that are transformed according to live environmental data. The public interacts with a digitized space whose appearance and recognizability are determined by information about ongoing meteorological and astronomical phenomena. By connecting physical and digital spaces, Dérive questions the phenomenology of mixed realities and probes into the changing nature of our perception and representation of the world. 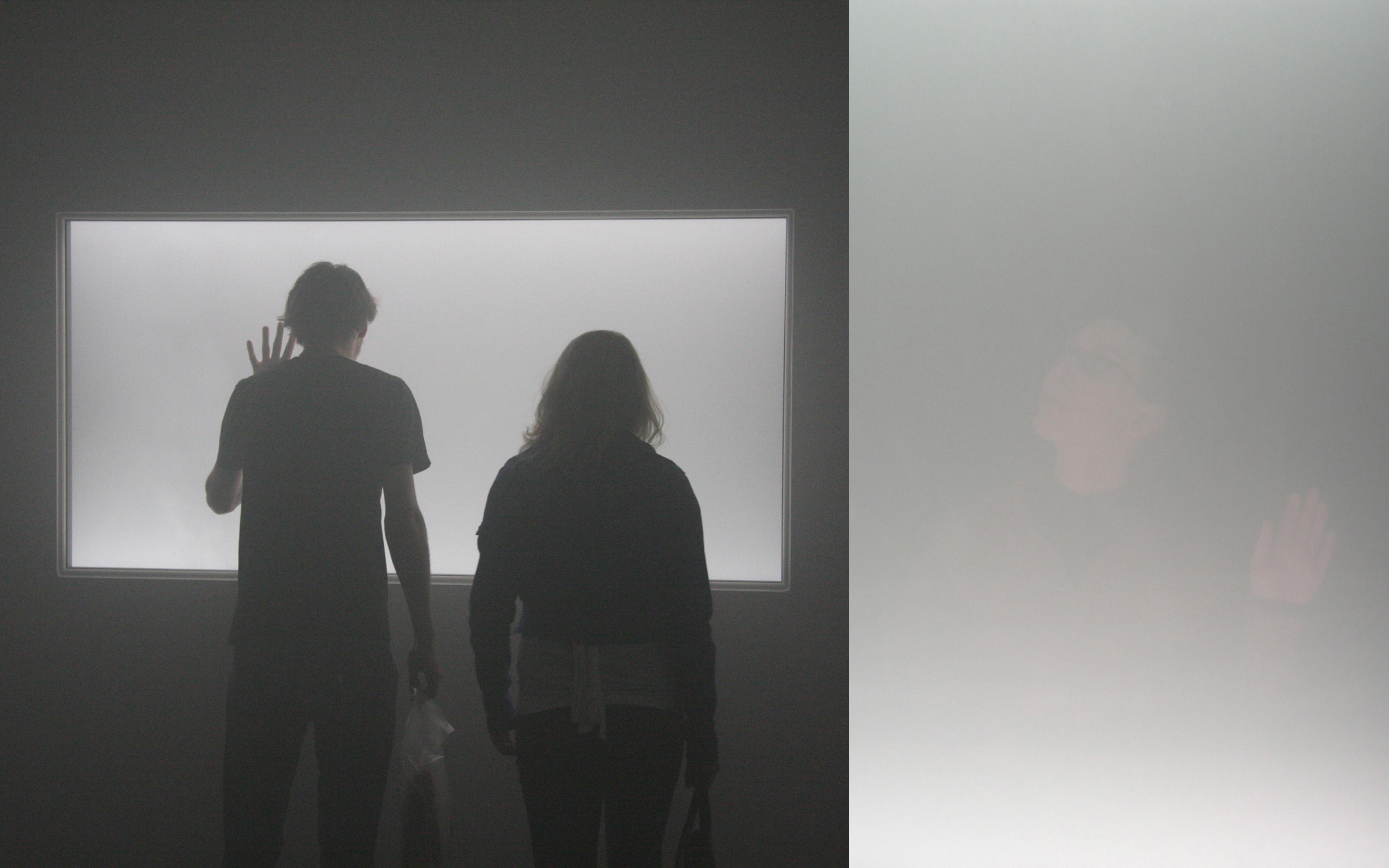 This architectural intervention separates spaces and connects them back together through an interactive smoke screen contained in a glassed wall. The density and dynamics of a mass of artificial fog is altered by computer controlled ventilators which are activated according to the movements and positions of the public on both sides. Defrost is a video installation that explores the different states of matter by orchestrating its transformation. At the center of the three screens is a slowly growing mass of ice around which several phenomena caused by thermal contrasts evolve in a manner that can suggest a geological timescale. Building momentum through environmental turbulence, the work evokes nature’s cycles as well as the disturbances associated with global warming. 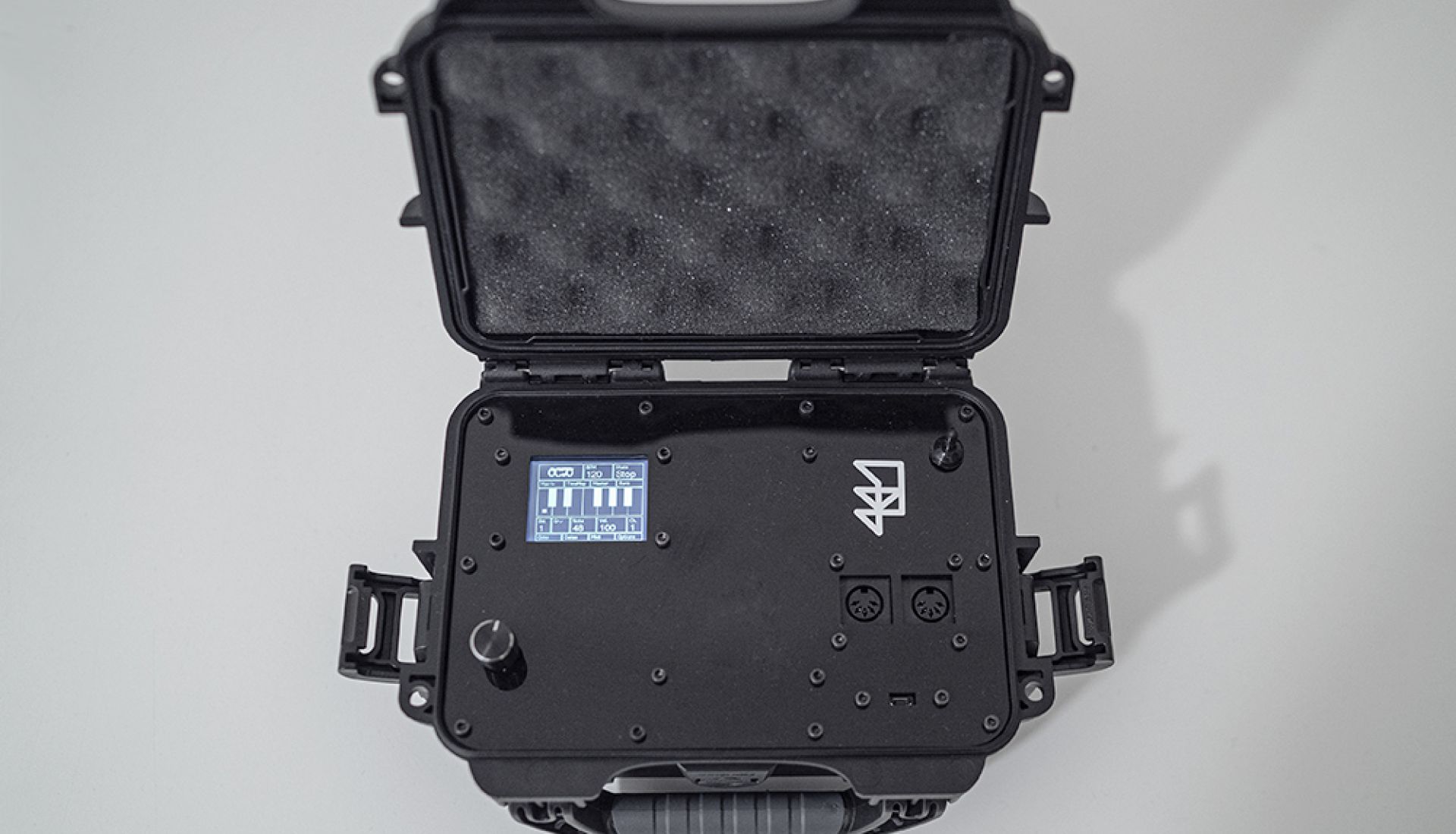